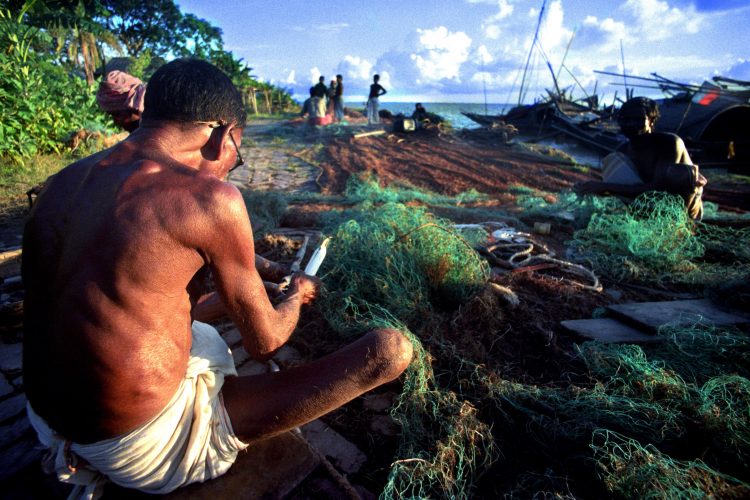 Bank for the (very) Poor

Bangladesh is known for being one of the most densely populated countries on Earth. This reputation has been established by a staggering number of 164 million citizens living in an area not much bigger than Greece. However, Bangladeshis are, on average, one of the poorest people in the world. The sight of omnipresent poverty, amplified by the 1974 famine in Bangladesh, inspired a man called Muhammad Yunus to embark on a mission of helping people get back on their feet. He established the Grameen Bank in his homeland, fueled by two basic beliefs: first, credit is a fundamental human right; second, the poor know best how to better their own situation. His objective was to eradicate poverty through microlending.

How it all began

It all started when Muhammad met Sufiya, a bamboo stool maker, trapped in an endless cycle of poverty due to the lack of 27 cents. By immersing himself with the poor citizens he was trying to help, Muhammad learned completely new economics, seeing problems the poor were facing from their point of view.

Yunus started by making small loans to families as start-up money, which enabled them to make items for sale. He believed that making such loans available to a larger population could stimulate businesses and substantially reduce poverty in Bangladesh. Muhammad’s idea of microlending started as an experiment in just a few villages. Proving success, the project was extended to other country districts, with support from the central bank. Grameen Bank’s success continued, and it was finally established as an independent entity in 1983.

How does microfinance even work

Grameen Bank is a bank of unusual standards, and some might even say it represents the opposite of traditional banking. No written contract is made between the Bank and its borrowers; the system is completely based on trust. The small loans it makes (known as microcredit) to the impoverished do not require collateral.

Moreover, access to these loans is much easier than to traditional forms of credit. Grameen Bank does not run credit checks, which means that whole classes of underserved people (the poor, women, illiterate and unemployed) are eligible to borrow money from it. Terms of loans are reasonably long, enabling the poor to build on their existing skills to earn better income in each loan cycle.

An additional incentive and essential pillar of microfinance is the solidarity lending system, based on small groups borrowing collateral-free money collectively and encouraging one another to repay it. This system benefits both sides, as financial institutions can reduce administrative and management costs by bundling individual loans together. Solidarity lending promotes ideas like mutual support and a healthy repayment culture, which are very needed values in emerging economies like Bangladesh.

From its modest beginnings in the 1980s, microcredit has become a precious and important instrument in the battle against world poverty. Grameen Bank serves as a source of models and ideas for many financial institutions around the world. Muhammad Yunus’ initiative has massively helped promote entrepreneurship and a sense of confidence among the poor and actively encouraged them to engage in their country’s politics.

Grameen claims that its loans have helped more than half of its borrowers to rise out of acute poverty. Such standards measure this result as having all children in school, household members eating at least three meals a day, clean drinking water, sanitary toilet, etc.

The bank’s success fueled its expansion not only into other emerging economies but also wealthy nations. As of 2018, it operates in 27 countries, including the United States. The number of potential micro-borrowers is estimated to be 1 billion, with a total loan demand of $250 billion. For „their efforts to create economic development from below,” Muhammad Yunus and his bank have been jointly awarded the Nobel Peace Prize in 2006. Grameen Bank is the only business corporation to have ever received such an award.

A handful of astonishing facts