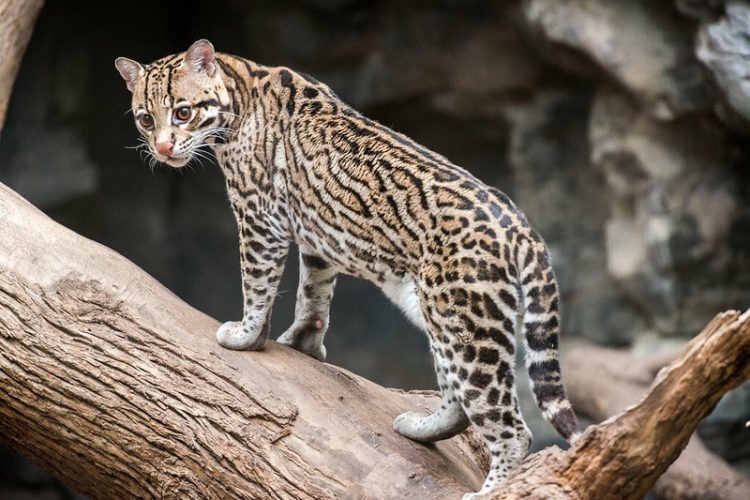 When we design walls to divide people, nobody cares what happens to the natural environment around us.

In September 2019, the construction of Donald Trump’s wall on the US-Mexican border began. It aims to limit the number of immigrants arriving in the country. The existing 650 miles of the wall has already negatively affected the surrounding ecosystem. By the end of this year, the wall, by order of fate built by immigrants from the southern border, covers an additional 450-500 miles (724-806 km) of the border, almost a quarter of the target length. That is why warnings about the negative impacts of its construction are increasing, as there are numerous threats for the surrounding fauna, flora, and border residents.

Donald Trump’s border wall has been a controversial idea since the very first news of his plans to build it. It is supposed to protect America from illegal migration from the South, but its effectiveness is constantly being undermined. The construction of the wall first began in Arizona and New Mexico, where the migration is low. These states, however, are vital for Mr. Trump’s position within the Republican Party.

Apart from the political and social controversies surrounding the 9-meter-high wall, the environmental issue, raised more and more frequently by the American media, is also clear. Parts of the dam that had already existed on the Mexican border were just low concrete blocks restricting vehicle traffic, not a continuous barrier interrupted only by border crossings. The impact of such a barrier on the surrounding ecosystem may be huge.

Two major environmental problems seem to be the most relevant:

Until now, the meandering river the Rio Grande was the natural border between the US and Mexico. As the wall is to be constructed on the American side of the border, the proposed course of the wall will leave 6,500 acres of inaccessible land between the river and the barrier. So far, when the water in the Rio Grande was rising during heavy rainfalls, the animals have easily migrated towards higher parts of the area, fleeing the flood. The wall is going to leave larger mammals and amphibians with no escape.

The people of Texas have something to worry about, too. They are most exposed to the flood waves exacerbated by the construction of the barrier. The metal fences are going to create a sort of dam to hold water. In case of increased rainfall, depriving the river of its natural outflow may result in sinking the towns north of the barrier. Having analyzed the flood cases of the last 15 years, officials concluded that floods have intensified in almost all locations where new fence sections have been built. Considering that so far, this is less than a quarter of the total, we can expect further natural disasters, costing billions of dollars.

2. Blocked migration paths for wild species –
a threat to the diversity of fauna

The US-Mexican border is one of the most species-diversified regions in the world. The following maps show the population density of different animal families.

Until now, animals have migrated freely between the two countries and bred, increasing their populations and contending with the already existing partial barriers. The wall’s construction is going to separate some of the species close to extinction from the rest of the population. This will reduce the gene pool of those species, which will lead to less genetic diversity and augment the risk of extinction. For instance, the ocelot population, whose migration paths have been blocked by a barrier on the east coast, finds it difficult to form pairs and breed.

We need to remember that animals, unlike humans, are unable to bypass any unnatural border. Janet Napolitano, a long-time advisor to Barack Obama, once said, “Show me a 50-foot wall, and I’ll show you a 51-foot ladder”. The wall’s construction seems pointless when it comes to stopping human migration, but very dangerous to endangered animal species, for which ladders cannot solve the problem.

Increased flooding and blocked migration paths are going to have varied consequences, some of which are listed below.

Along the border, there are six independent, very different natural regions, including the Chihuahuan Desert, the USA’s largest dune ecosystem, numerous wetlands, and forests. The construction of the wall in these areas is going to be difficult, but not impossible. In the time of George Bush’s presidency, a “floating fence” was installed on the dunes, specially designed to work well on quicksand.

A wall built at the border will cause soil erosion, change the natural water flows and fire patterns. Thus, in addition to the threat to animals, it also poses a threat to the natural landscape.

Limited animal migration also affects the surrounding flora. Many plants live in symbiosis with different animal species or grow faster because of them. An example of this can be the seeds of Mesquite trees, which germinate best after passing through the digestive system of coyotes.

The official border runs along the riverbed of the Rio Grande, which, due to its meandering, variable shape, cannot be fenced off near its shore. The existing and planned border fence is often located far from the river, outside floodplains, leaving a wide gap between the fence and the official border. However, this means that some US citizens have been forced to live on the Mexican side of the barrier like an abyss between two countries.

There are as many as seven nature conservation reserves on the border of the planned wall construction. These include Lower Rio Grande Valley National Wildlife Refuge and Santa Ana National Wildlife Refuge in Alamo, where over 400 species of birds, battleships, and endangered wild cats live. Texas also has the National Butterfly Center, which after building a wall, will be at 70% on the Mexican side, and the synergy of the butterfly sanctuary will be disturbed.

One of the most important National Parks in the analyzed region is Big Bend National Park. It covers as much as 12% of the Mexican-American border. This park is home to the most species of birds, bats, and cacti from all the US National Parks. Any barrier introduced in the park area will threaten the previously protected ecosystem, which should not be disturbed in any way. It is considered to be one of the most remote places in the states where the night sky can be seen. Besides, park employees are concerned about future relationships with colleagues on the other side of the Rio Grande. Jennette Jurado, Big Bend’s guardian, believes that this cooperation with Mexican neighbors is crucial for the future protection of the park.

In connection with the introduction by Congress in 2005 of the National Security Act REAL ID act. which, in the name of national security, authorizes the waiver of all other regulations, the construction of the wall is a fully-fledged undertaking. It is not subject to any of the thirty specific federal environmental laws, including the REAL ID Act: The Endangered Species Act, the National Environmental Policy Act, the Clean Air Act, and the Clean Water Act.

In connection with the introduction by Congress in 2005 of the National Security Act REAL ID act. which, in the name of national security, authorizes the waiver of all other regulations, the construction of the wall is a fully-fledged undertaking. It is not subject to any of the thirty specific federal environmental laws, including the REAL ID Act: The Endangered Species Act, the National Environmental Policy Act, the Clean Air Act, and the Clean Water Act.

Given these circumstances, it isn’t easy to disagree with the fact that the future of the ecosystem on the US-Mexico border is at stake.  An already very degraded environment cannot by itself overcome the anthropocentric approach of the US authorities. At the end of the article, it is only worth mentioning the famous quote by Martin Luther King Jr., which is relevant in the social, political, and ecological dimensions of Trump’s Wall. So remember:

Related Articles
Zama Zamas and gold industry in South Africa
The Boer, the Brit and the Local: the origins of South Africa
Woman in Latin America?